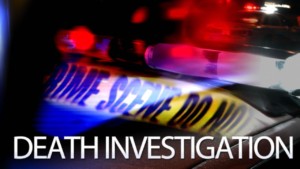 ROYAL OAK, Md. — Maryland State Police are currently investigating the death of an Eastern Shore man, who was found dead in a body of water, Wednesday morning. Police say the investigation began just a few hours after he abandoned his car and fled on foot when a trooper tried to stop him for traffic violations.

The man has been identified as Glenn M. Foster III, 36, of Tilghman Island, Md. He was pronounced dead on the scene shortly before 7:00 a.m.

According to Maryland State Police, around 2:30 a.m., police saw the 36-year-old speeding along Route 33 nearly hitting another car.

That’s when police say they tried to pull Foster over but he continued to speed away. Shortly after Foster stopped his car, police say he got out and ran into the woods.

More back-up arrived and then officials began an air and water search to find Foster.

Police say they initially heard someone calling for help near a body of water but those calls ultimately stopped not long after.

A few hours later, police say they found Foster’s body about 30 yards away from the shore and he was pronounced dead on the scene.

An autopsy has been scheduled to determine a cause of death. The investigation is still ongoing.

This article will be updated with more information as it becomes available.