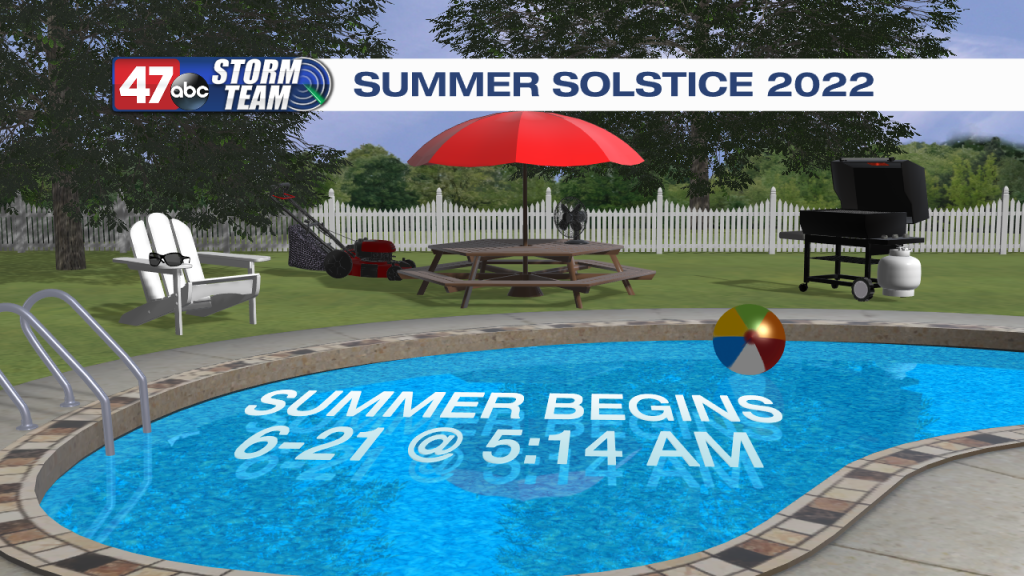 The recent weeks of heat and humidity might bolster the argument that summer has already begun across Delmarva, but today marks the official start of the season. The final hours of Spring gave way to the Summer Solstice earlier this morning at 5:14am.

With this morning’s sunrise in Salisbury at 5:07am and sunset at 8:31pm, today will have the most daylight of the year at 14 hours, 53 minutes, and 34 seconds. After today, we’ll slowly start losing daylight each day until the winter solstice on December 21st.

Not All Bad News (For Daylight Lovers):

The trend toward less daylight won’t be noticeable for a while as daily losses will be very small. For example, we’ll only lose approximately 10 minutes of daylight between now and July 10th. Also, sunsets will stay consistent over the next several days occurring around 8:31pm through July 4th as small increments of less daylight will first transpire as slightly later sunrises. Sunset in Salisbury will occur after 8pm all the way through August 12th.

At the start of summer, the average high at the Salisbury Airport is 84 degrees and the low is 64. By July 21st, the average daily high and low both peak at 87 and 69 respectively. Averages fall to a high of 79 and low of 60 by the last day of summer on September 21st.