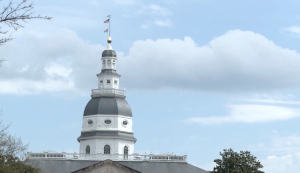 ANNAPOLIS, Md. – For the first time since the Civil War, the Maryland General Assembly will be ending their session early due to coronavirus concerns.
And lawmakers say the pressure is on to pass legislation before the clock runs out on Wednesday. Lawmakers tell 47 ABC before they can adjourn, they must pass the state’s operating budget. A budget that includes $10 million for coronavirus protection efforts. The current budget would also provide more than $90 million in general fund savings. And while some legislators say they’re on board with the proposed budget, fears for how Maryland’s economy will be affected after this pandemic are raising some concerns for others.

“I’m happy with this budget, but there are so many concerns and unknowns with what’s going to happen. So to close out our current years’ budget and how that’s going to affect us moving forward. I have concerns as far as how the budget ends for this fiscal year, and what changes are going to be made,” said Delegate Wayne Hartman (R-District 38C).

Officials say the budget would also fund a number of state priorities including $14 million for the Behavioral Health Administration for medical provider reimbursements and $6 million for the Maryland Center for School Safety.

Decontamination site up and running in Worcester Co.