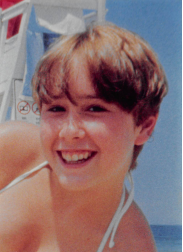 DELMARVA – A $5,000 cash reward is being offered for information leading to an arrest in a 30-year-old cold case.

At 8:13 a.m. on June 17th, 1992, the body of a white female was found along the edge of Route 13, just north of Odessa. An autopsy by the Division of Forensic Science ruled the woman’s death a homicide. The victim was later identified as 17-year-old Elva J. Poore of Chesapeake City, Maryland.

Poore was described as about 5’4″ tall, and weighing 105 pounds. She had brown hair and brown eyes.

Just three days before, on June 14th, 1992, Poore left her residence and traveled to Ocean City, Md. with a group of friends. The group was heading to the resort town to celebrate Senior Week. Police say Poore did not tell her parents she was going on a trip, but did leave a note reassuring them she would be away with a friend.

While in Ocean City, Poore stayed with other friends at the Ocean Lodge Motel. They were asked to leave due to excessive noise, and Poore was later seen walking from the motel to the Admiral Hotel at 3:00 a.m. on June 16th. That was the last time Poore was ever seen by anyone who knew her.