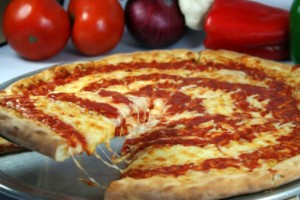 DOVER, Del. – Calling on pizza lovers across Delmarva! Grotto Pizza recently opened a brand new production facility in Dover. The facility will take care of dough production, dry storage, and food distribution. The 9,800 square foot facility employees about 20 people. “We’re excited about the efficient hub-and-spoke capabilities at our new production facility and feel it’s the next logical step in our expansion efforts throughout Delaware and beyond,” said Vice President of Grotto Pizza Jeff Gosnear.

Plus, Grotto Pizza says the facility will help to produce more than 2 million pounds of pizza dough, which will be sent to all 23 of its locations. The company says Dover is the ideal location for the facility because it’s right in the middle of the Mid-Atlantic region. They say that could lead to more stores being opened in the future. “The new production facility in Dover allows us to broaden the Grotto Pizza footprint in the area while strengthening our ability to create high-quality, consistent dough for our legendary pizza,” said Gosnear.