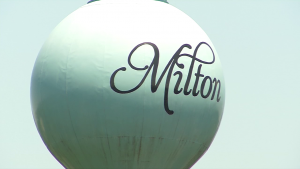 MILTON, Del. – A project that has been years in the making will be voted on this Saturday  in the town of Milton.

According to Milton’s town manager, if approved, the Water System Improvements Referendum would improve water mains in the area of Atlantic Avenue, a portion of Chestnut street and a portion of Atlantic Street. The town manager says the best p0art of the $1.6 million project is that the state provided them with 100 percent principle forgiveness. That means there will be no tax or fee increases for residents in the town which the town manager says is like “handing the residents” a better water system on a silver platter.

“I feel its huge. I can’t brag about the project enough,” says Kristy Rogers, the Milton Town Manager. “I hope residents recognize the importance of the project and again at no fee increases, why not move forward?”

The election to vote on this referendum will be this Saturday from 8 a.m. to 6 p.m. in the Goshen Hall on Federal Street.

Click here for more details and information on absentee ballots.