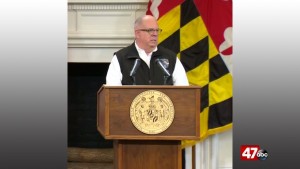 The order bans any utility provider from turning off or charging late fees for residential services, including electricity, water, phone, and internet.

Governor Hogan made the announcement of extending the executive order in a tweet on Friday.

The extension of the emergency order lasts through September 1st and was first declared on March 16, shortly after the state of emergency was declared for the state.

The last extension was supposed to end on August 1st.