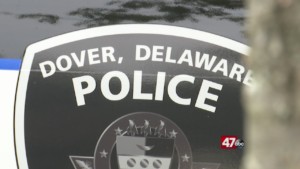 DOVER, Del. – The Dover Police Department released its 2019 report on Tuesday, revealing the city has seen what they call an “alarming” 28.5 percent increase in many crimes since 2018.

The increase came in Group A Crimes which ranges from arson to murder to theft. Officials say there was a 138 percent increase in shootings from 2018 to 2019. Unfortunately, there was also a 50 percent increase in overdoses which something officials believe may help explain the overall spike in crime over the last year.

“I think that a lot of the numbers that you’ve seen increase are indicative of a major drug problem in the city of Dover. We’re seeing thefts, shoplifting, burglaries on the rise and a lot of it can be attributed to the issue with illegal narcotics in the city and addiction related issues,” says Sgt. Mark Hoffman with the Dover Police Department.

On a more positive note, Dover Police say they have some of the highest clearance rates for crimes like robberies, burglaries, assaults and homicides. They believe the increase in drug related cases is a result of their proactive policing tactics despite being understaffed.