City of Cambridge looks at options to curb crime 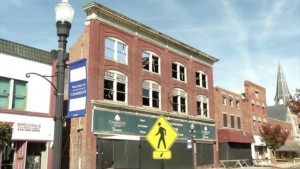 CAMBRIDGE, Md. —  In Cambridge, city officials held a meeting to address growing concerns of violence and fireworks use in the area.

According to city Mayor Victoria Jackson-Stanley, not one particular solution can put an end to the recent uptick in crime in the city.

She says with the ongoing pandemic and resources the city has, police and the council alone can’t help.

Although nothing was voted on tonight, a suggestion to use drones for better observation, recreational opportunities for the youth, and community policing were mentioned and highly favored among council members, with drones being a top priority.

City officials say they would need help in funding that they would put towards the drones.