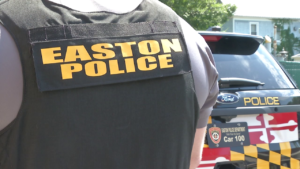 EASTON, Md. – An Easton man is facing serious charges after police say he assaulted a woman and destroyed her property.

On November 11th, 36-year-old David Draper, Jr. was arrested and charged with second degree and malicious destruction of property. Easton Police say the charges stem from an assault at the Armored Storage on Centreville Road.

When officers arrived on scene, Draper, Jr. was accused of assaulting a 36-year-old Trappe woman and damaging her property. An application for charges was written for Draper, Jr., and a warrant was issued. He was found a short time later and taken into custody. Draper, Jr. was taken to central booking for processing.