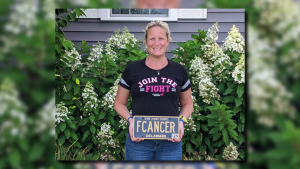 DELAWARE – The ACLU of Delaware has announced it will represent a Delaware woman who was censored for a vanity license plate.

Now that plate was first approved by the Delaware Department of Motor Vehicles who later recalled it.

Last year, Overington filed a lawsuit in a federal district court without an attorney over censorship of her First Amendment rights to speech and expression.

“Overington’s license plate is clearly on the side of the First Amendment protected speech. There’s no profanity. Her message is quite clear that she wishes to fight cancer as a cancer survivor.”

Recently, a judge rejected the state’s motion to dismiss the case and claimed it raised a “significant constitutional issue.”

ACLU Delaware tells 47ABC, the next step in the process is to file an amended complaint.