Tips for you to stay safe for Cruisin’ Ocean City 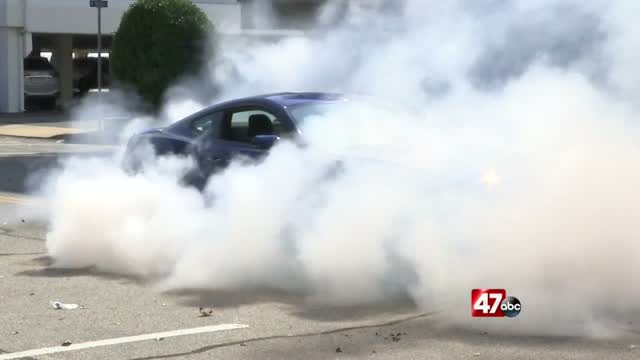 OCEAN CITY, Md. — One of the biggest car enthusiast events, that brings in thousands of people is making a return to Ocean City.

In preparation, the town is having a Special Event Zone marked starting next week.

The markings will be up from May 17th to May 22nd. 47abc spoke with the Deputy Communications Manager with the Ocean City Police Department, Ashley Miller and she says the department expects to see a couple of thousand car enthusiasts in town for Cruisin’ Ocean City. There will be reduced speed limits in place, making it 30 MPH to keep traffic and pedestrians in mind, all while curbing reckless driving. Miller warns that these changes will be in place and police presence will be increased, so take them seriously.

“So the Special Event Zone along with the reduced speeds will have the increased fines for behaviors such as burnouts and speed cautions of that and in some cases, under new legislation, those offenses are arrestable as well,” says Ashley Miller.

OCPD is in connection with the event promoters to keep everyone safe. The Communications Manager also says that drivers aren’t the only ones that need to be careful but pedestrians too. She says pedestrians should be sure to use crosswalks and pay attention to the signals. Also, it is important that when you are standing on a corner you are leaving enough room for passersby that are not partaking in the event to be able to use the sidewalk.

Miller says come out to the event, bring your family, and enjoy the cars but do it safely. Also, OCPD will be having their first Coffee With Cops since the pandemic at Happy Jacks Pancake House right after the Cruisin’ parade.

One family shares their frustrations with the Division of Family Services