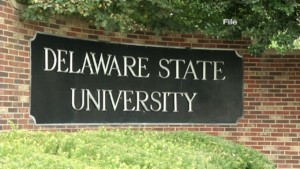 In the complaint, DSU President Dr. Tony Allen and counsel LaKresha Moultrie allege Liberty County, Ga. Sheriff’s deputies illegally pulled over DSU’s Women’s Lacrosse team and coaches’ bus, subjecting  them to a search of their personal belongings without their consent or probable cause.

“We are deeply disturbed by the manner in which our students, staff, and bus driver were treated by law enforcement, and we request a full, fair, and unbiased investigation into the Title VI and Civil Rights violations that were clearly committed and which have been clearly documented by those officers’ body-worn cameras,” they wrote.

The complaint continues that body camera footage shows officers saying “Bunch of dang school girls on the bus… probably some weed,” before they board the bus. Dr. Allen and Moultrie say that the “presumptive mindset” of the officers, and their subsequent actions were intimidating and “ominous”.

“Nothing in any of [the officers’] reactions indicate the [narcotics] dog had ‘hit’ on anything at all. Further evidence of this lack of probably cause can be gleaned from the officers’ own conduct on the charter bus that day,” wrote the plaintiffs.

Summing up the complaint, the pair wrote, “Surely the DSU Women’s Lacrosse Team is not the first or only group of people – more particularly, people of color – to have been subjected to this type of illegal behavior… Our students and staff deserve to know that this brazen, illegal, and discriminatory conduct will not go unchecked.”