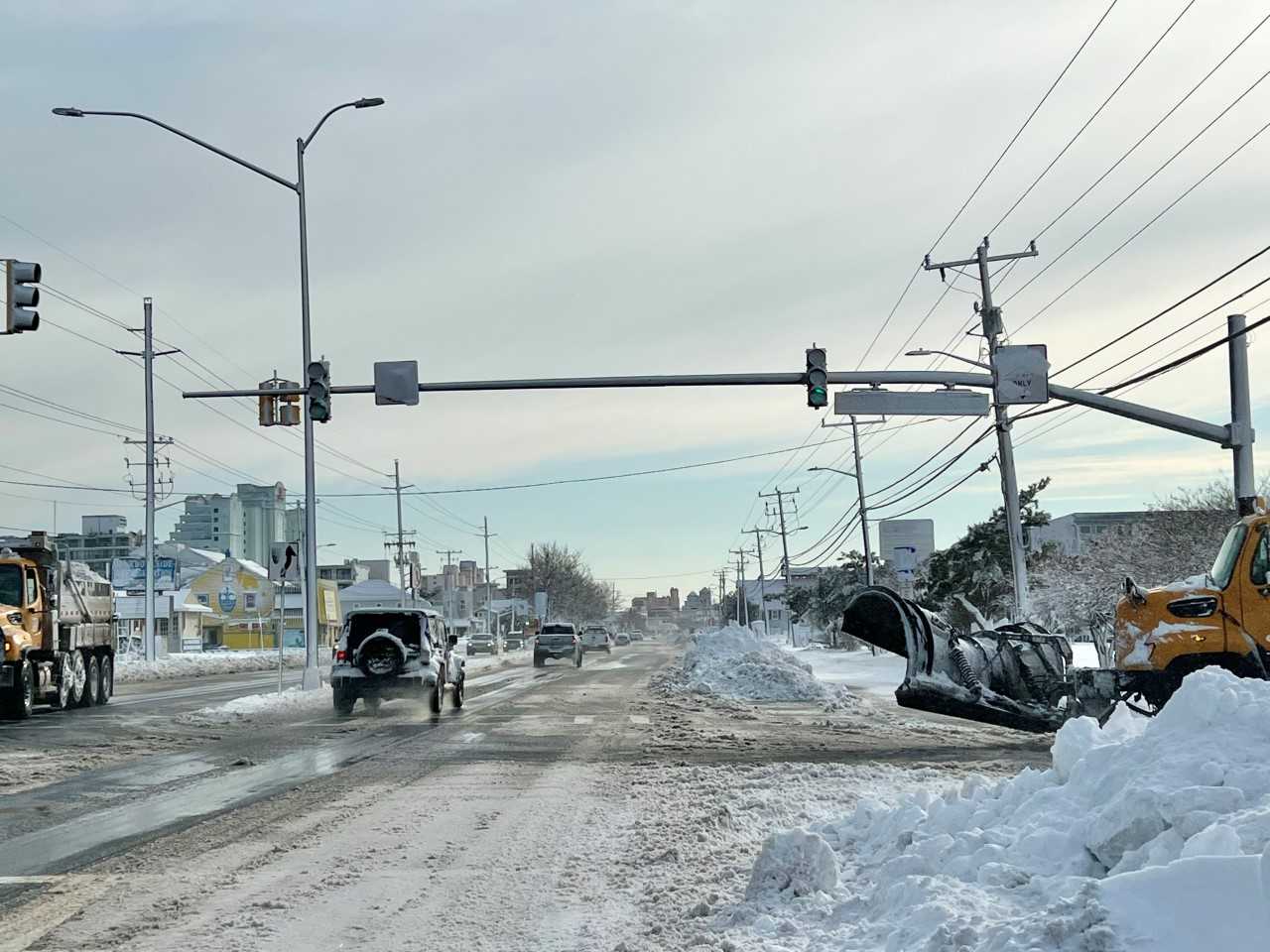 OCEAN CITY, Md. – Snow is blanketing the sand on Ocean City’s beaches, and dusting roadways, but it’s also covering some traffic lights, according to police.

Ocean City Police say a travel advisory has been issued for the southbound traffic lights on Coastal Highway. Police say the lights are currently covered in snow, and drivers are having a hard time determining the color of the lights.

If you come across one of the snow-covered traffic lights, police ask that you stop before proceeding through the intersection. Police say you should treat the intersection as a four-way stop, use additional caution, and move over for crews working on the lights.

The Ocean City Public Works Department says they are working diligently to clear roadways and parking lots. However, people are asked to limit travel. If travel is essential, public safety officials ask that drivers use extra caution and reduce their speeds on the road. Residents are also encouraged to avoid parking on the streets until clean up is complete.