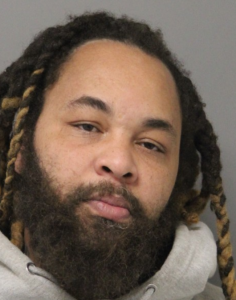 Police say around 7:50 p.m. a trooper in the area of Concord Road and Concord Pond Road saw a red Mitsubishi Eclipse without proper license plate lighting. When the trooper pulled the Mitsubishi over, he found drugs inside the car, according to police. Smith was arrested without incident.

Police conducted a search of the vehicle and found a loaded 9mm handgun, about 0.007 grams of heroin, four Hydrocodone pills, and drug paraphernalia. After running Smith’s name, police say they discovered he was prohibited from possessing a weapon and had a suspended license.