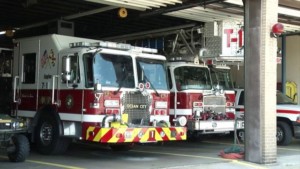 OCEAN CITY, Md. – Seven people are back on dry land after having to be rescued from a boat fire. The Ocean City Fire Department says they were called to the inlet against the South jetty for a boat fire around 5:15 a.m. Sunday.

The United States Coast Guard set up a perimeter around the scene while it was cleared. The cause of the fire is under investigation.