Firearm, drug charges for 20-year-old after traffic stop in Dover 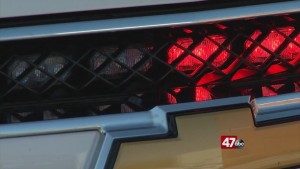 DOVER, Del. – 20-year-old Malachi Moore is facing firearms and drug charges after being arrested Tuesday night. Dover Police say around 7:58 p.m. officers saw Moore driving a dirt bike in the area of Barrister Place and South Little Creek Road. Police were able to stop Moore, and say he was in possession of a handgun, 10.1 grams of marijuana, and a digital scale. Two more grams of marijuana were found on Moore when he was taken to the Dover Police Department’s holding facility.

Moore is now facing multiple charges, including possession of a firearm during the commission of a felony, and possession with intent to deliver marijuana. He is also charged with drug paraphernalia, possession of a firearm by a person prohibited, concealed carry of a deadly weapon, and illegal gang participation. Moore was taken to Sussex Correctional Institution on $53,500 secured bond.