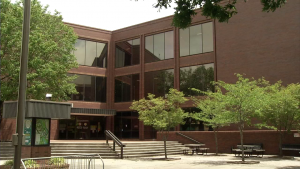 WICOMICO COUNTY, Md. – Wicomico County Council is weighing whether or not to move forward with their version of the HORIZON Program. The HORIZON Program is would provide tax incentives for developers who are looking to make Wicomico County their new home. Developers with large hotel or residential projects would continue to pay their base property tax rates. But as the projects grow and construction gets under way, their increasing property taxes would be controlled and slowly increased in steps.

Proponents say the program could bring a boom in business and benefit the county overall. “Our goal has been to develop downtown and bring our city back to life. That philosophy is beds and heads. With that comes businesses that grow the economy,” said Salisbury City Council member Muir Boda. “The idea is to develop them and turn them into properties that develop tax revenue. In Wicomico County we have the revenue cap. So, as tax revenue increases, the taxes on residents, property taxes, will have to go down.”

Delegate Carl Anderton says it would be a give and take between developers wanting to come to Wicomico County, and the residents. “You have to be willing to invest a certain amount of dollars into our neighborhood, and if you’re willing to do that , depending on what the council does, you may or may not be able to receive some help,” said Del. Anderton.

But some opponents say it could put smaller developers at a disadvantage. “To the extent that there’s less tax revenue coming in, and to get the amount of revenue that the city and county need to balance the budget each year, they have to have a higher tax rate. It’s a mathematical formula,” said Wicomico County resident Robert Taylor.

Other residents say they’re worried about any potential impact the amount of tax revenue available for services like first responders or the library. “The tax abatement process is not a successful way of increasing revenue that will help build our schools and support our schools,” said Wicomico County Education Association President June Smith. “If, for some reason, the community decides that this is definitely the way to go, then we need to make sure that there is some insurance for our public schools and for other community services.”