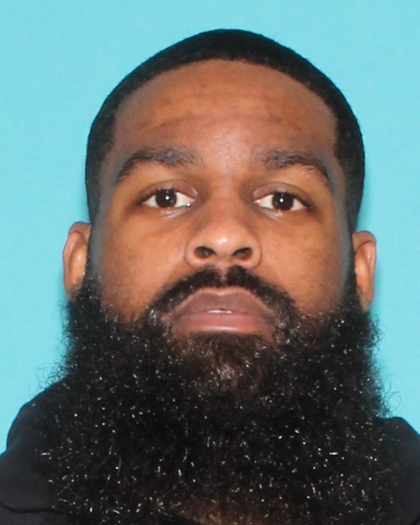 DEWEY BEACH, Del. – A 27-year-old Georgetown man is facing multiple charges after becoming disorderly at the  Starboard Restaurant and assaulting a police officer. Police say around 8:20 p.m. officers responded to a call reporting an unconscious police officer at the intersection of Bellevue Street and Coastal Highway. When officers arrived to the scene, they say they found the officer motionless on the ground and a group fighting next to him.

Witnesses told police that Lewis was acting disorderly in the restaurant and was removed by staff. While Lewis was being removed from the property, police say he assaulted a staff member and fled South on Coastal Highway. A Dewey Beach police officer saw Lewis running away and tried to catch him. That’s when police say an off duty New Castle County Delaware Police Department officer tried to help the officer pursuing Lewis. During the struggle, police say two black males pulled the NCCPD officer away from the altercation. Moments later, Lewis knocked the Dewey Beach police officer unconscious. Meanwhile, the NCCPD officer caught up with Lewis, and was able to restrain him with the help of a bystander.

The Dewey Beach police officer and NCCPD officer were taken to Beebe Medical Center in Lewes and treated for their injuries. Police say the NCCPD officer suffered facial lacerations, and was released from the hospital. The Dewey Beach officer was treated for a head injury, and remains in stable condition at the hospital. Lewis was also taken to Beebe Medical Center for minor injuries and released.

Lewis was arraigned at Justice of the Peace Court #3 and is being held at Sussex County Correctional Center on $35,000 bail. He is now facing multiple charges, including two counts of 2nd degree assault on a law enforcement officer, resisting arrest with force or violence, two counts of criminal mischief, and two counts of disorderly conduct.

The incident is still under investigation. Police are asking anyone with video of the incident or other information to contact Dewey Beach Police Department at (302) 227-1110.