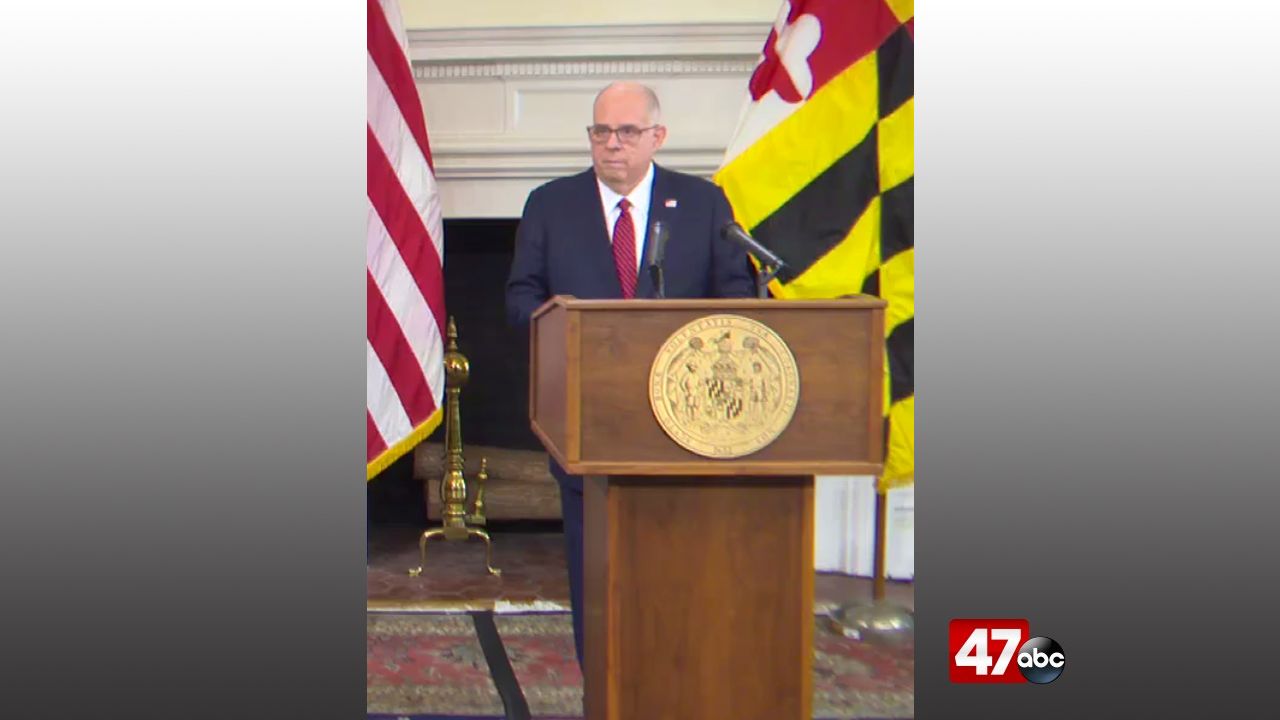 ANNAPOLIS, Md. – Governor Larry Hogan provided an update on COVID-19 across the state of Maryland during a press conference Tuesday afternoon.

The governor announced that the state has entered into agreements with the University of Maryland Baltimore and Johns Hopkins to more than double the state’s surveillance of coronavirus variants to more than 10% of cases. He says this will give Maryland one of the strongest surveillance systems in the country, and the world.

States have also been notified to expect allocations of the single-dose Johnson & Johnson vaccine, which is being made in Maryland, as early as next week. States are currently awaiting further guidance from the federal government.

In terms of school reopenings, Hogan has issued an executive order clarifying that face coverings are required for anyone over the age of 5, in any area of a school setting where interaction with others is likely.

Governor Hogan wrapped up the conference by noting that there are increasing reports of attempted fraud related to vaccines. He is reminding citizens that no one can charge you for a vaccine or vaccination. If you suspect fraudulent activity, you are urged to notify law enforcement immediately.