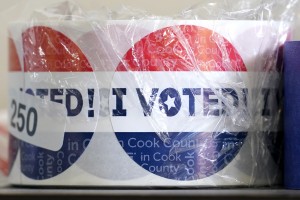 DELAWARE – When it comes to the presidential election, the race is still very tight as votes continue to roll in. That of course leaving many voters nervous as to whether their candidate will win. “Here we are in the election. It’s starting to look a lot like 2000. You got the folks lawyering up and you got folks going out to state their case,” said Delaware State University George Washington Distinguished Professor Emeritus of History and Political Science Dr. Samuel Hoff.

Dr. Hoff says it looks like the 2020 election is shaping up to be a case of history repeating itself. Dr. Hoff adds he doesn’t think the counting and certification process will stretch into December  like it did in the 2000 election between Al Gore and George W. Bush. “I personally don’t see us going as long as we did in 2000. That doesn’t mean there won’t be recriminations,” said Dr. Hoff.

However, Dr. Hoff does say he thinks re-count disputes are a possibility for states where the race is the closest. But he says that’s all up to the Supreme Court. “I think they’re either going to reject the decision. Lack of standing or some other reason. Or they would most likely stop things if it occurred at that point,” said Dr. Hoff.

Meanwhile, voters on Delmarva are split on whether this extended process is a good or bad thing. Some say this election is one of the most important ones we will likely see in our lifetimes. “I don’t mind how long it takes at all as long as they get it correct. So we want good results, and the outpouring of support for either candidate was quite apparent,” said voter Charlie Koskey.

On social media, other voters agree, writing “As long as it takes to count every vote. Every voice gets a say.” Others say that this process isn’t fair, writing “If election officials anticipated the large influx of mail in ballots they should have required them to be post marked before Nov 3.”

President Trump’s campaign announced earlier today that they plan to call for a recount in Wisconsin, where he lost by a 1.3% percent margin. They have also filed a lawsuit in Michigan over the number of ballots cast. They also filed suit in Pennsylvania where the Supreme Court is allowing mail in ballots to be counted until Friday.