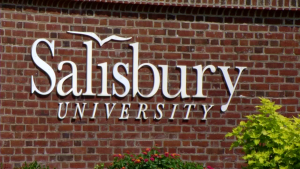 SALISBURY, Md. – Salisbury University students are speaking out after a staff member used a racial slur during a student event back in September. “If the word is unacceptable it shouldn’t be a conditional thing. It doesn’t matter which context it’s used in,” said President of the Salisbury University chapter of the National Pan-Hellenic Council Stephon Mason.

Vice president of NPHC Savannah Johnson says she felt infuriated when she heard what happened. “It’s just one of those things that you know is not appropriate to say. You know that not only is it inappropriate, but you know that that word hurts black people.”

Tricia Garvey Smith with the university’s Center for Student Involvement and Leadership used the n-word when she asked students running the event to change the music that was being played. In a public apology letter to the student obtained by 47 ABC, Garvey Smith said in part “I embarrassed the student in charge of the event, and I said words that are highly offensive. I deeply regret my choice of words; how I handled the situation; and how it made many students feel.”

But students tell 47abc that saying sorry isn’t enough. They say the school needs to take further action, especially after multiple racially charged incidents have taken place over the past few months. “When there is a kind of consensus that this is a big problem, we should be able to see the precautions you have set in place for people that violate your community standards,” said Mason.

The students say they want to see better diversity training and adjustments to the university’s codes of conduct. They add that before Salisbury University can begin to foster a safe and equal environment for students of all kind, they need to show a commitment to change. “The goal is just for Salisbury to show that they don’t tolerate hate of any kind because as of right now, they’re not showing it,” said Johnson.

47ABC reached out to Salisbury University about the matter. They say that Garvey Smith was disciplined, but did not specify how. The university also says they’re working to improve their commitment to racial sensitivity and diversity.

In a statement – they said in part “SU’s Center for Student Involvement and Leadership has partnered with the Office of Diversity and Inclusion to bring a new program, ‘Courageous Dialogues,’ to campus as an ongoing leadership development opportunity, and will add a cultural competency track to its leadership development training. The office also will partner with other offices and departments to ensure more cultural programming and education occurs across campus.”