Sen. Carper speaks on how the fate of the Affordable Care Act affects veterans 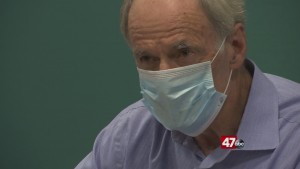 During Friday’s discussion, Sen. Carper said that veterans could risk losing protections under the Affordable Care Act, like lowered prescription drug costs and coverage for pre-existing conditions. “The idea that those veterans, and frankly, millions of other people who have a pre-existing condition – that some how they are going to not be able to get coverage and have pay more for coverage – that’s just wrong. Those are some of the things that are at stake here with this nomination,” said Sen. Carper.