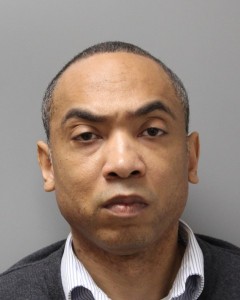 SALISBURY, Md. – A former Salisbury officer resigned from the department last week, days before pleading guilty to charges that stemmed from an argument with another man that happened last year, according to Salisbury Police Chief Barbara Duncan.

Ronald Brown was charged in March with assault after a 39-year-old man had gone to Brown’s home to talk about car work. That’s when investigators say the two got into a verbal argument, before Brown threatened the victim while showing a handgun.

We’re told Brown pleaded guilty to aggravated menacing on Monday and was sentenced to five years in prison, suspended to one year of Level 3 probation. He is also not to have contact with the victim, and he must forfeit the firearm that was used in the incident.

Police Chief Barbara Duncan released a statement on the incident Tuesday afternoon, saying “Mr. Brown was afforded his due process under the law, and was found guilty of a felony offense. While this agency can’t control the actions of our employees in their off time, it goes without saying that we expect them to uphold the very same standards of integrity and trust off the clock as we do on the clock. What happened in this case is absolutely unacceptable, and it’s antithetical to what the SPD stands for. I wish Mr. Brown the best.”