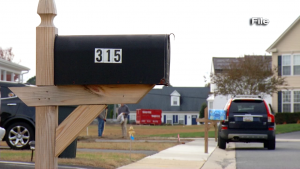 In the letter, elected officials say that the delays have caused problems for seniors and veterans needing their prescription medications. The letter also claims that businesses have had a hard time sending customers packages. The letter also pointed out the threat that the mail problems could pose to the upcoming general election.

Six questions were asked of Postmaster General DeJoy in the letter: How did the changes he made to Postal Service operations affect on-time mail delivery? Did Postmaster DeJoy do any formal analysis before making the changes? What kind of consultation was done with the Postal Service’s stakeholders? Did Postmaster DeJoy discuss any operational changes with administration officials? What kind of analysis was done to determine the previous structure of the Postal Service was inadequate? How will changes to the Postal Service affect operations during the COVID-19 pandemic? What plans are being considered for further changes? What steps will be taken to stop any changes negatively affecting mail delivery during the pandemic and ahead of the upcoming general election?