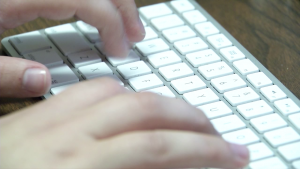 SALISBURY, Md. – There’s no doubt that the COVID-19 pandemic has impacted almost every area of life. It’s changed the way every day activities are done. Salisbury’s Acting Mayor Julia Glanz says that’s been a big lesson for the City Council and how they conduct meetings. “It just makes sense coming into the 21st century,” said Acting Mayor Glanz.

Salisbury City Council is eyeing the possibility of keeping their meetings virtually accessible – even after COVID-19. The move would require a change to the city’s charter. If approved – it could allow more people to participate. “We want to make sure that that can continue moving forward and that folks have that accessibility to their government,” said Acting Mayor Glanz.

Locals say that they think it’s a good idea – and would possibly even entice them to be more involved in future city council meetings. “I think it’s a good idea because I want to see what’s going on right now. You should really try to keep your distance, be safe and stay clean. People being able to give their personal opinions can really help out with everybody,” said Ivan Castillo.

Michael Momme added that when people make their voices heard – bigger changes can be made. “Look at all the changes happening downtown. I don’t think you can argue the fact that that’s all due to people speaking their minds and wanting a better city. The past ten years we’ve gotten what we asked for, and it would make it easier for people to ask,” said Momme.

Acting Mayor Glanz tells 47ABC that the COVID-19 pandemic has been a learning experience for everyone. She says it opened up new avenues for public participation in local government. “Through the pandemic the council was able to move into online meetings and we’ve seen through these last couple of months – we’ve seen tremendous participation with the community,” said Acting Mayor Glanz.

Acting Mayor Glanz says that not only would this help to get the public more involved in their local government. It would also make city council meetings easier to conduct if someone can’t make it in person. “It’s also just a logistical thing. If a councilperson is sick or a staff person is sick – too sick to come in or too sick to participate, they can do that from home or out of town,” said Acting Mayor Glanz.

Acting Mayor Glanz tells us that the next step is for the proposal to go to legislative session. She says that the city’s attorney is drafting language. The proposal will be back on city council’s agenda in three weeks.