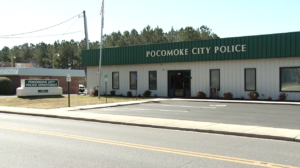 POCOMOKE CITY, Md. – The Pocomoke City Police Department announced that it’s joining other community leaders in a “Peaceful March and Vigil Against Racism”, in memory of George Floyd on Wednesday night.

According to police, the march will start at 6:30 PM on Wednesday, June 3, at the Pocomoke City Police Department. Participants will walk in the northbound lane on Market Street and end at Pocomoke City Cypress Park. A prayer will be held at the end of the march for, “the healing for Mr. Floyd’s family and the people of this nation.” 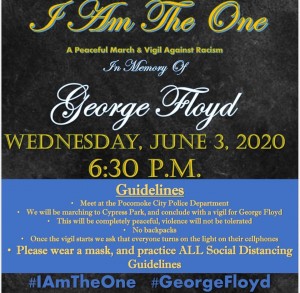 Police Chief M. Lee Brumley says everyone is welcome to attend but does not want any “anti-police slogans or signs.” An advertisement for the event says violence will not be tolerated, backpacks are not allowed, participants should wear face masks and practice social distancing.

“I assure the citizens of Pocomoke, that all the officers employed by the Pocomoke City Police Department has attended diversity training and will continue to have training each and every year,” says Chief Brumley. “I will also assure the citizens of Pocomoke, your officers are professional officers and will show each and everyone of you respect and will conduct themselves professionally whenever they come in contact with a citizen.”