SALISBURY, Md. –  The Salisbury Police Department has released bodycam footage of a controversial arrest that they say clears their officer of any wrongdoing.

The arrest in question happened Tuesday, May 27, and involved a white officer and an 18-year-old, Camren Colon who is black, Puerto Rican and white. Colon was arrested for disorderly conduct and his family claims after he was in handcuffs he was assaulted by the officer. They also say they are looking to press charges against the officer. 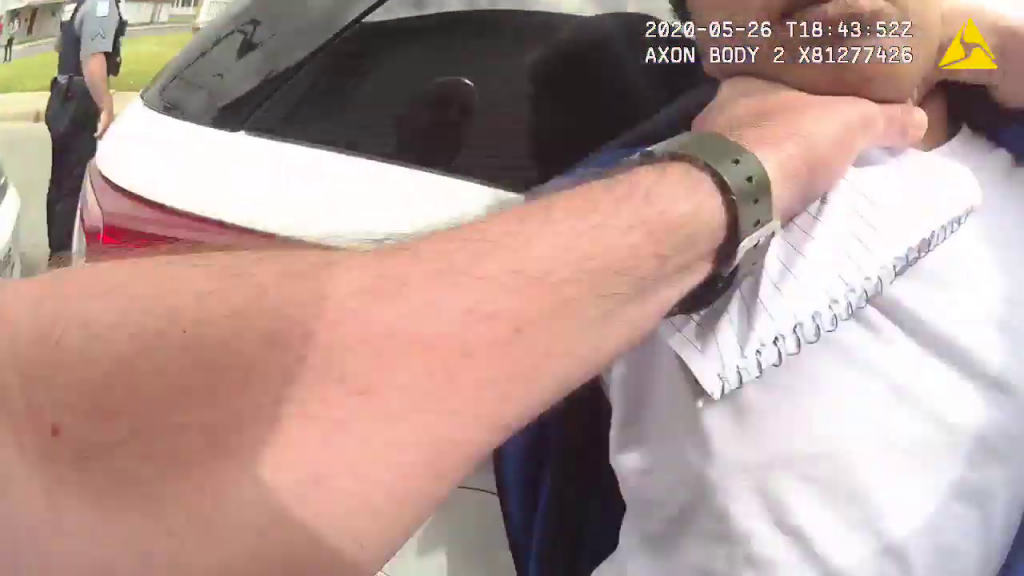 Later on in the video, the officer is seen apparently pushing Colon back into the back seat of the SUV after he stands up.

Chief Barbara Duncan went of Facebook Live Friday to address the event in question. The full broadcast can be found here.

During the live broadcast, she described the first scuffle saying, “As the officer begins his process to place the individual into his patrol vehicle we see a brief struggle as Mr. Colon turns quickly and takes a quick step to move away from the officer. While the officer quickly regains control of Mr. Colon and while grappling with him in order to obtain and regain control we do see the officers left-hand slide up Mr. Colon’s chest and make contact with his throat for a brief moment. We also see the officer is still holding his note pad in his left hand while he is attempting to maintain and eventually regain control of Mr. Colon and we see the officer’s thumb make contact with Mr. Colon’s throat. At no time, at no time was my officer attempting to execute a neck restraint, a chokehold, or restrict the airflow of Mr. Colon.”

47 ABC then asked Chief Duncan after the live broadcast about the second scuffle, asking if the officer was in the right. Chief Duncan said the department believes that after “reviewing the policy as it relates to the arrest he’s using that level of force necessary to affect the arrest process.”

We also asked about the freeze-frame where the officer’s hands appear to be on Colon’s neck. Chief Duncan responded saying to, “use caution when trying to view this entire event through very small snippets time.”

47 ABC reached out to the Colon family after the bodycam footage was released, they say they still plan to pursue charges against the officer.

A link to the bodycam footage can be found here, A warning graphic language is involved.