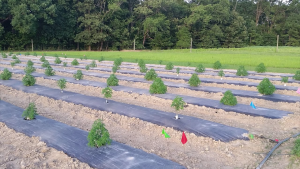 MARYLAND – Some proposed legislation may impact hemp farmers in Maryland, an industry that’s literally growing across the country.

House Bill 510 would put restrictions on where farmers are allowed to grow or cultivate hemp, as part of the Hemp Research Pilot Program. The bill came about after residents in Baltimore County complained about the smell of the plants. If passed, the State’s Department of Agriculture wouldn’t be able to certify or register a site within two miles of a residential community with ten or more homes.

47 ABC spoke with Baywater Farms in Salisbury, a farm that’s been part of the pilot program since 2019. They feel there has to be a better way to go about this so it doesn’t restrict an industry that’s just starting to take root. “I’d love to see how the came up with those figures. If they did any kind of testing. Does the smell travel only to miles? Or less than two miles? It just seems like it’s an over reaction to something that could definitely be dealt with in different ways,” says Matt Holloway with Baywater Farms.

Holloway says he understands not everyone likes the smell but he also says not everything in agriculture smells good. He says he’s been in communication with local legislators expressing his thoughts. A committee hearing is set for this bill on Tuesday, February 25th.

Senegal's president says 11 newborns have died in a fire that broke out in the neonatal unit of a hospital in Tivaouane.