Emergency officials offer tips ahead of the nor’easter season 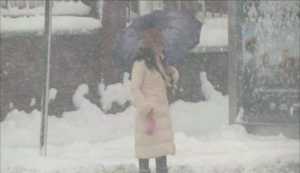 SALISBURY, Md. – Hurricane Season officially ended in November, but we’re not out of the woods just yet because we’re heading into the nor’easter season. Officials tell 47 ABC these coastal storms, often referred to as nor’easters, have impacts similar to hurricanes but often occur during the winter months. Threats from these storms include storm surge, high winds, heavy snow and much more, which is why emergency officials are pushing for residents throughout Delmarva to be prepared. They say you and your family should create an emergency plan, know your evacuation zone, and even have an emergency kit.
Emergency officials add that it’s better to be prepared now than to regret it later.

“We’re dealing with the same issues of wind and possible flooding because the wind will let the water build-up. We’re the government, we’re here to help, but we can’t get to you right away. You should have that three day supply or five day supply of emergency supplies so that’s why it’s so important to be prepared,” said Deputy Director for Wicomico County Emergency Services, David Fitzgerald.

Officials add that the nor’easter season typically lasts from December until March.

Live updates | US military officer back at embassy in Kyiv