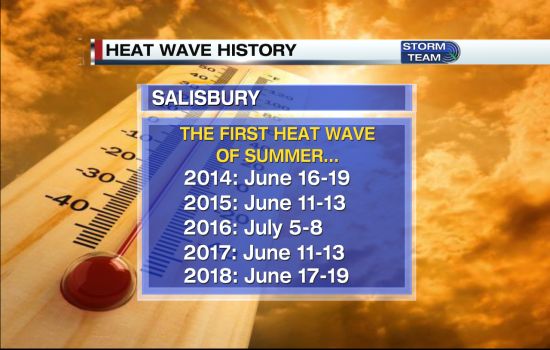 The 1st heat wave on Delmarva usually happens on average in mid-June, just before the summer solstice or by Father’s Day. However there has been one time in the last 10 years; when the heat wave started in late May, back in 2011. On the other hand, there has been 2 heat waves taking place not in the month of June. The most recent was in 2016, just after the 4th of July holiday and the latest of the past decade occurred in early to mid August, back in 2009. 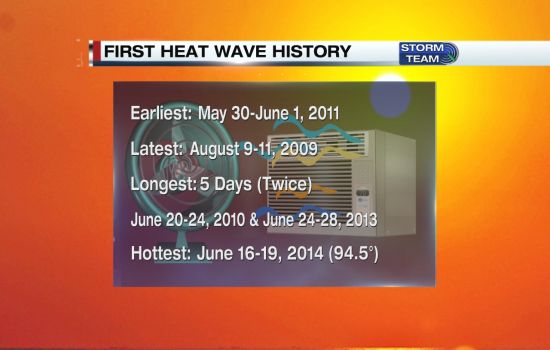 Luckily the 1st heat wave of the summer, is usually not the hottest or the longest; but it does set the stage that summer is officially here, and its here to stay for the next 3 months. For the latest weather conditions throughout this summer, stay tuned with our 47ABC Storm Team.

Tropical Storm Epsilon forms in the central Atlantic, the latest in a very active hurricane season