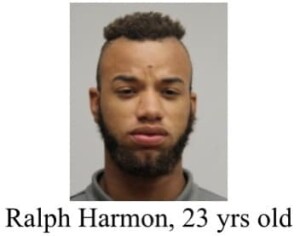 SEAFORD, Del. – A suspect involved in a carjacking that stretched from Seaford to Salisbury is now facing serious charges. The victim, identified only as an elderly woman, was reportedly tied up, and thrown into the Wicomico River.

Harmon is facing the following charges: first degree kidnapping, first degree assault, first degree robbery, aggravated menacing, wearing a disguise during the commission of a felony, theft of a motor vehicle, and others.