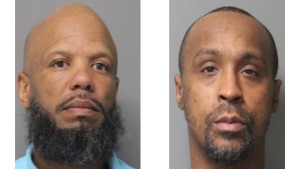 Around 8:37 p.m. on November 25th, Delaware State Police say a trooper saw a Chevrolet Impala traveling westbound on Old Furnace Road, near Eskridge Road, with an improper brake light that did not use a turn signal. The trooper pulled the vehicle over, and found 45-year-old Dwayne Deshields of Bridgeville and 44-year-old Deshawn Magee of Seaford inside.

Police say a computer search revealed that Deshields was driving with a suspended license, and an active capias out of the Justice of the Peace Court. Deshields was taken into custody without incident, police say.