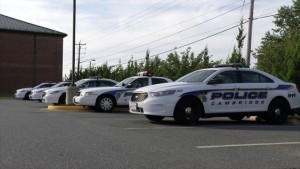 CAMBRIDGE, Md. – Cambridge Police are investigating a string of vehicle break-ins in the West End area.

Police say shortly after 5 a.m. on Saturday, officers patrolling the area of Glasgow and Glenburn Avenue spotted juveniles trying to enter vehicles, and trespassing on private property. One juvenile was arrested, according to police. The male juvenile was charged with trespassing and rogue and vagabond, say police, and was released to a guardian.

Police are reminding the public to make sure their vehicles are locked. They say the juveniles in this incident were targeting unlocked vehicles and unsecured property. If you see someone suspicious in your neighborhood, police ask you to give them a call.