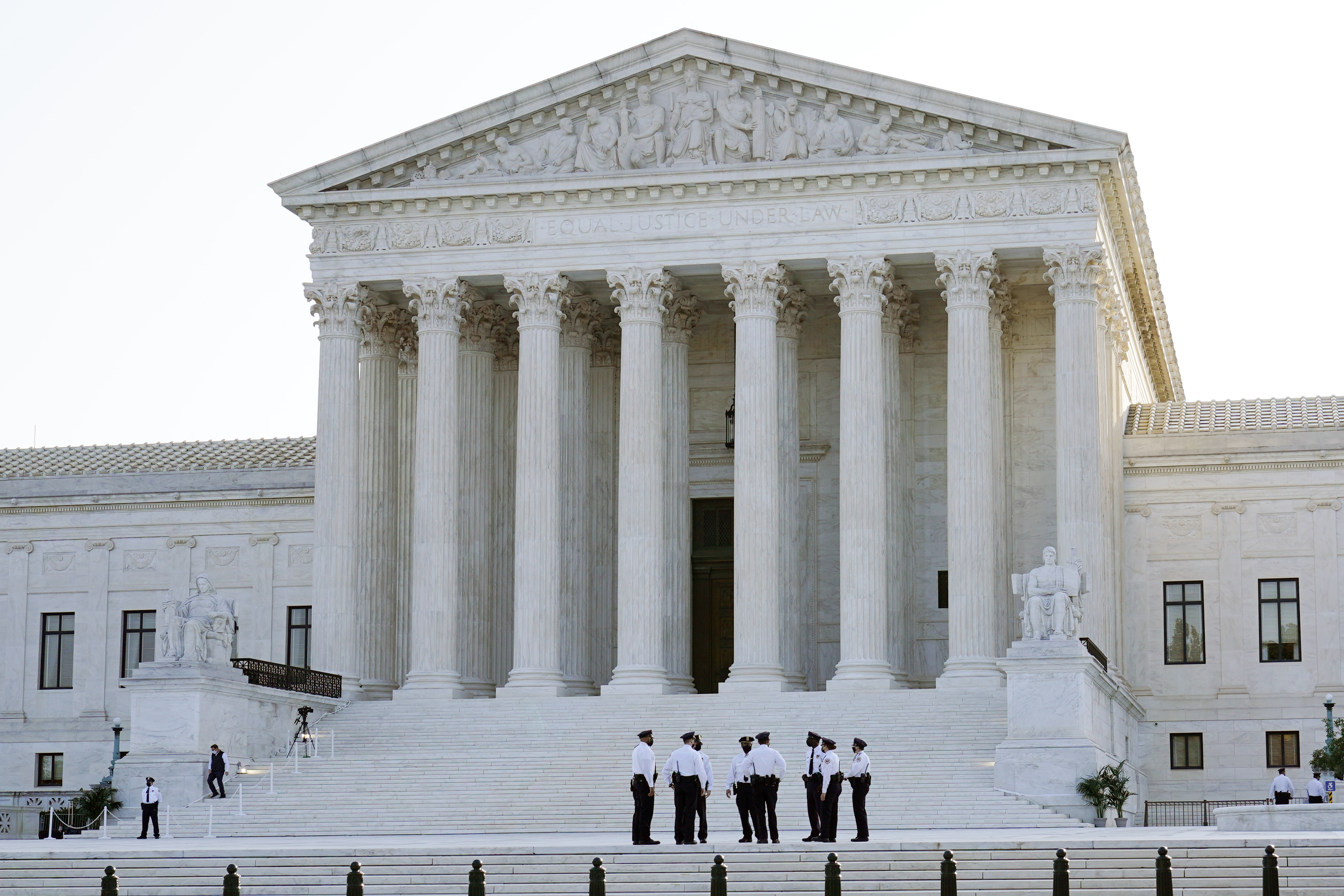 One case involves the north Carolina legislature claiming its State Supreme Court doesn’t have the authority to have the legislature redraft election districts the court found to be gerrymandered in favor of Republican candidates.

The state is joined by 13 other Republican state legislatures in challenging the ruling in the Supreme Court.

“This move by the legislature and the 13 other states is to essentially negate the basic authority of state courts to perform the judicial review, they want to bypass the state court and get to the supreme court and get a more positive ruling,” said DSU Constitutional Law Professor Dr. Samuel Hoff.

Hoff says at least 4 justices have signaled they are open to the interpretation of the 10th amendment that only the state legislature has the power not granted by the federal government, and not the state courts, but he believes the process by which the case is being challenged, proves that’s not true.

Another issue in front of the court, refusing service based on religious beliefs. The case involves a web developer refusing to make a website for a gay couple.
President of the Board of Salisbury PFLAG Nicole Hollywood, tells 47ABC that the case is similar to the case of a cake maker refusing to serve a gay couple; where an anti-discrimination law is at odds with someone who feels their free speech is being violated.
In a statement, Hollywood said:

“The 303 Creative v Elenis case has echoes of the Masterpiece Cakeshop case whereas again the court is asked to consider whether the Colorado Anti-Discrimination Act (CODA), a public accommodation law compels their speech in violation of the first amendment. It is difficult to tell the direction the court will take but we can take some hope in that last month in a 5 to 4 decision denied Yeshiva University’s request to block state ruling on LGBTQ recognition.   We recognize that this next year will continue to see challenges to LGBTQ+ freedoms in state legislatures as well as being litigated in our courts and that is why it is so crucial that people vote in the midterm elections for LGBTQ+ friendly candidates.”

Dr . Hoff says there’s no question the developer is discriminating against the couple, but the court must decide if that falls under their religious freedom, and if that is enough to offset any due-process rights being stripped from the couple.

“The court has to weigh if a person’s religious rights overcome that and can prevent them from doing that,” he said.

The court will also consider two affirmative action cases, one from UNC that challenges the process of holistic admissions where race is used as one factor out of many when viewing applicants, and a suite against Harvard University on the same grounds and an additional claim of discrimination against Asian applicants.