Newark, Md. man behind bars after shooting and killing acquaintance 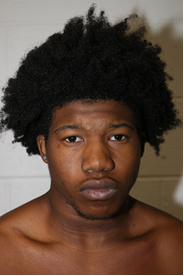 NEWARK, Md. – A Newark man is behind bars after being arrested Saturday in connection with a murder investigation.

Investigators believe that Connor and Lucas, who knew each other, were involved in an argument. They say Connor then pulled out a handgun and shot Lucas before fleeing the scene. A Maryland State Police trooper and Worcester County Sheriff’s deputy later found Connor driving with another person, and pulled over the vehicle.