OCEAN PINES, Md. – Police have arrested the suspect wanted on felony theft and burglary charges after he allegedly showed up on the doorstep of a couple’s home in Ocean Pines and schemed his way into stealing their vehicle.

A knock at the door turned into a nightmare for Kathy and Alan Funkhouser of Ocean Pines after a strange man showed up at their door on the morning of Thursday, June 23 and schemed his way into stealing their vehicle.

The suspect, 40-year-old Mark Allen Meekins, was served with an arrest warrant and detained by the Dover Police Department on Tuesday, according to Sgt. Joe Bailey with the Ocean Pines Police Department. Police had no known current address for Meekins and he is believed to be homeless. Sources close to the investigation tell 47 ABC that Meekins drove to Dover and checked himself into a mental health and substance abuse rehabilitation facility, and it was there that he was located by law enforcement. 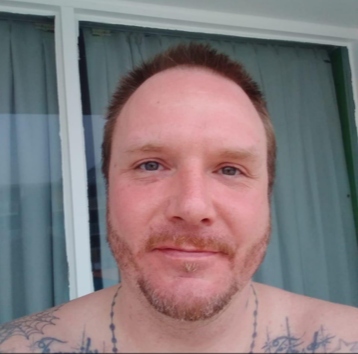 “Alan stepped to the back to get our charger and apparently, while we were both out of this room, this guy just very quietly opened the storm door, took two steps into the house, looked around to see what he could grab, and he happened to see our big pile of keys on this old desk,” Kathy told us as she peered outside the front door to her home, still amazed that both her and husband were the victims of such a theft.

It was at that point that Meekins left the Funkhouser’s home, not acting nervous at all according to the couple, and later realizing that he had their car keys which led to him reportedly stealing their vehicle right out of their driveway.

Prior to that incident, Sgt. Bailey tells us Meekins targeted another home on the same street that same day where he allegedly stole a number of tools. He then reportedly took those tools to a local pawn shop, according to police. Currently, detectives are trying to locate the Funkhouser’s vehicle and are investigating whether or not Meekins drove their car to the pawn shop or not.

Both Kathy and Alan remain upset over the ordeal and had some choice words for Meekins.

“I hope you’re caught and I hope you get put away for a long, long time, and that you don’t do this to anyone else,” Kathy stressed. “You certainly changed our attitude about being helpful to strangers, and next time somebody comes to the door, I’m locking them outside.”

Alan said he wants his car back and told Meekins he better not see him again, or else.

“Gimme my car back,” Alan said emphatically. “You better hope I never see you again.”

The Funkhouser’s vehicle has yet to be recovered and its location at this time remains unknown. Their vehicle has been described as a red, older model Subaru Forester with a distinct seashell sticker in the back window of the vehicle.

Meekins is currently being held in the Sussex County Department of Correction awaiting extradition back to Maryland. He faces several charges upon his return to Maryland, including one count of motor vehicle unlawful taking, two counts of 1st degree burglary, and one count of theft.