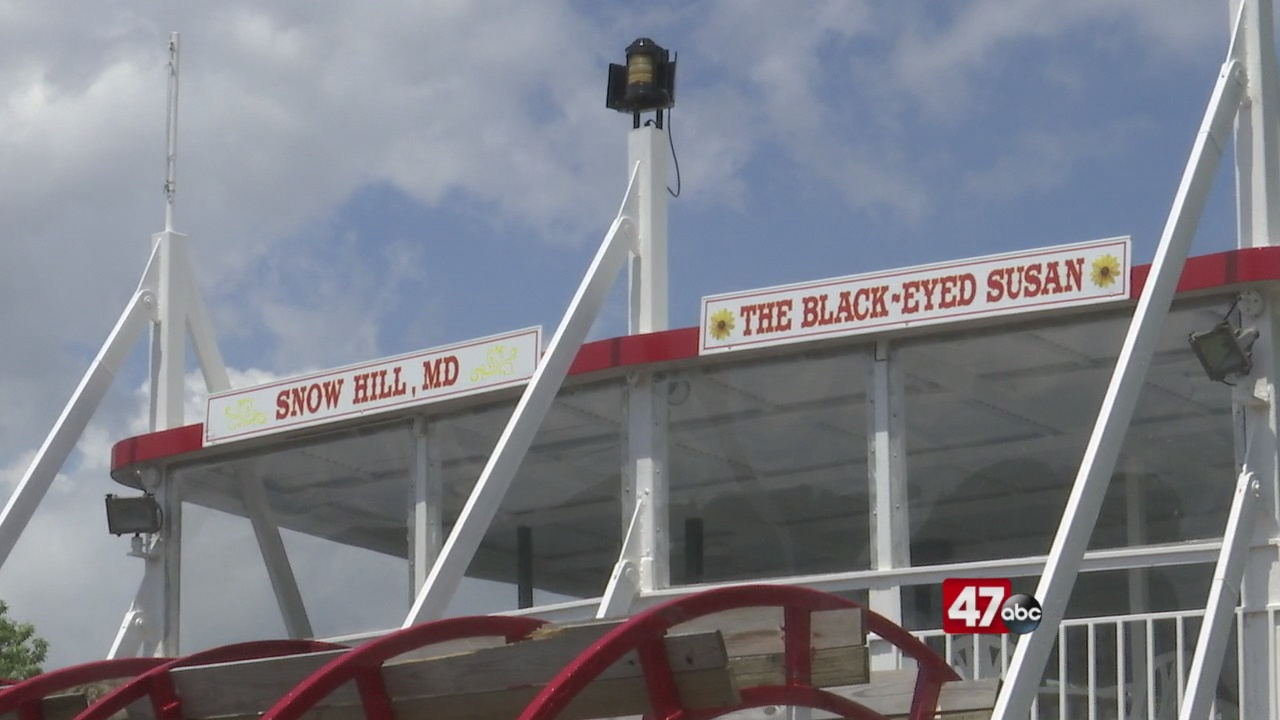 SNOW HILL, Md. – The Snow Hill Town Council has voted to commit to partial repairs of the stern-wheel paddleboat, the Black-Eyed Susan, to continue the boat as a tourist attraction and economic driver for the Lower Eastern Shore.

We’re told the motion passed by a vote of two to one Tuesday night.

The town purchased the boat in 2020 with a combination of grant and loan funds from Worcester County and the State of Maryland. It began its initial voyages in August 2021, providing catered cruises along the Pocomoke River.

The Black-Eyed Susan was acquired in year four of a five-year mandated U.S. Coast Guard inspection routine and was taken to Colonna’s Shipyard in Norfolk, Virginia in February, where it underwent an extensive inspection by the Coast Guard. The inspection revealed multiple issues with the hull, hydraulics system, and paddlewheel frame to the tune of an estimated $604,000 repair estimate.

Since learning of the final inspection results in late March, the Town has reached out to numerous potential county, state, and federal funding sources for help. Although no immediate funding was available to assist, the Town was encouraged that help may be available through usual granting channels. The U.S. Coast Guard also provided a condensed scope of work to use the boat as a floating, docked venue without the river cruises, at a cost of over $300,000.

After consulting with legal counsel to determine its obligations should they abandon the boat and attempt to sell it, officials learned that it would be too expensive to do so with varying degrees of loan and grant obligations to participating parties and lingering after-effects regarding future grant opportunities. During this time, Washington’s Inc, the operator, was released from the lease agreement due to the fact that the boat was not sea-worthy, a condition of the contract.

A majority of the Town Council ended up voting in favor of the limited repairs that would keep the Black-Eyed Susan in service, albeit in a reduced capacity, while efforts are made to fund a full restoration in hopes that the vision that inspired the original purpose can still be realized.