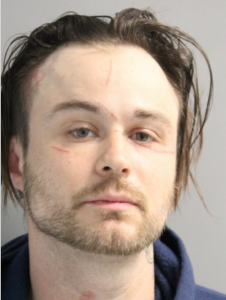 SMYRNA, Del. – A Smyrna man is facing charges after stealing a vehicle, crashing it, and fleeing from police.

Delaware State Police say on May 14th, around 5:02 a.m., troopers responded to Wheatleys Pond Road. The call for assistance came in from Smyrna Police Department after a suspect fled from a collision scene following a police pursuit. Police say the suspect, later identified as 33-year-old David Harris, was found at his residence later that day, and arrested.

Police say Harris stole the vehicle from a residence on West Mount Vernon Street. Inside the vehicle, investigators also found about $270 worth of stolen property. Harris is now charged with theft of a motor vehicle, theft under $1,500, and criminal trespass. He was arraigned at Justice of the Peace Court #7, and taken to Sussex Correctional Institution on $4,000 secured bond.

NATO chief says alliance aims to boost rapid reaction force numbers from the current 40,000 to over 300,000