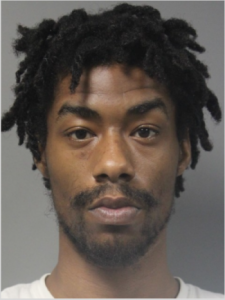 DOVER, Del. – A Dover man is facing charges after attempting to rob a Dollar General store.

Delaware State Police say around 4:08 p.m. on May 14th, troopers were called to the store on Gateway South Boulevard for an attempted robbery. Witnesses told troopers that a Black male subject entered the store, grabbed a shopping bag, and pointed a toy gun at an employee at the cash register, demanding money. The subject was later identified as 25-year-old Da’Jour Deshields.

When the employee refused to hand over any cash, police say Dashields ran behind the counter. He then rushed at a second employee, brandishing the toy gun, and initiated a physical altercation, according to police. The second employee fell to the ground. Police say that’s when Deshields hit the second employee, and ran from the store. No one was injured.

Troopers later found Deshields in the Dover area and recovered the toy gun. Deshields was taken to Troop 3, where he was charged with attempted robbery and offensive touching. He was arraigned at Justice of the Peace Court #7, and is being held at Sussex Correctional Institution on $3,100 secured bond.