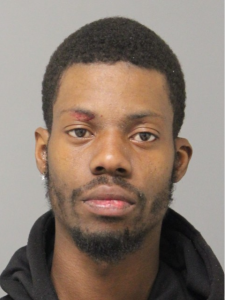 On may 25 at approximately 2:20 p.m police responded to the crash on Sharps Mill Road.

When they arrived on the scene drug paraphernalia and money was seen inside of Davis’s car.

Police also observed that Davis appeared to be under the influence of an unknown substance.

He was apprehended, and on further inspection of his vehicle police uncovered cocaine, heroin, and $1600 in what is believed to be drug proceeds.