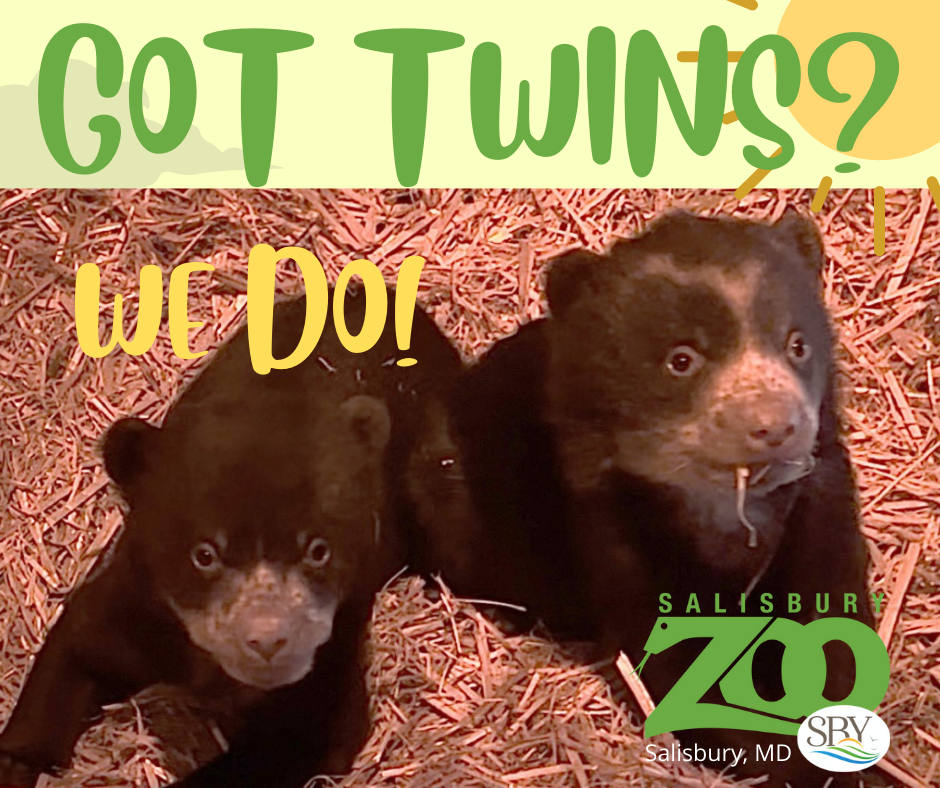 SALISBURY, Md. – The Salisbury Zoo has announced the birth of twin bear cubs.

The zoo’s female Andean bear, Chaska, gave birth to twin boys on January 16, 2022. Zoo officials say the last two months were critical as mom and the cubs bonded, as Andean bears prefer quiet and seclusion to give birth and are very susceptible to disturbance, which may cause abandonment.

Pinocchio, the father of the cubs, is currently separated from Chaska and the babies. He has access to his den and the bear yards, which is visible to the public. We’re told this separation mimics behaviors of wild Andean bears, as the male does not stay with the female and cubs.

“We can only imagine how happy Chaska is feeling right now. We know everyone will be so excited to meet the cubs once they are out on exhibit, but until then, they can get sneak-peaks of them via our social media” commented Zoo Director, Leonora Dillon.

Chaska, age 12, has now given birth three times, with this being her first birth to twins. As the cubs get a little bigger over the next month, the cubs will venture outside, allowing visitors to see them.