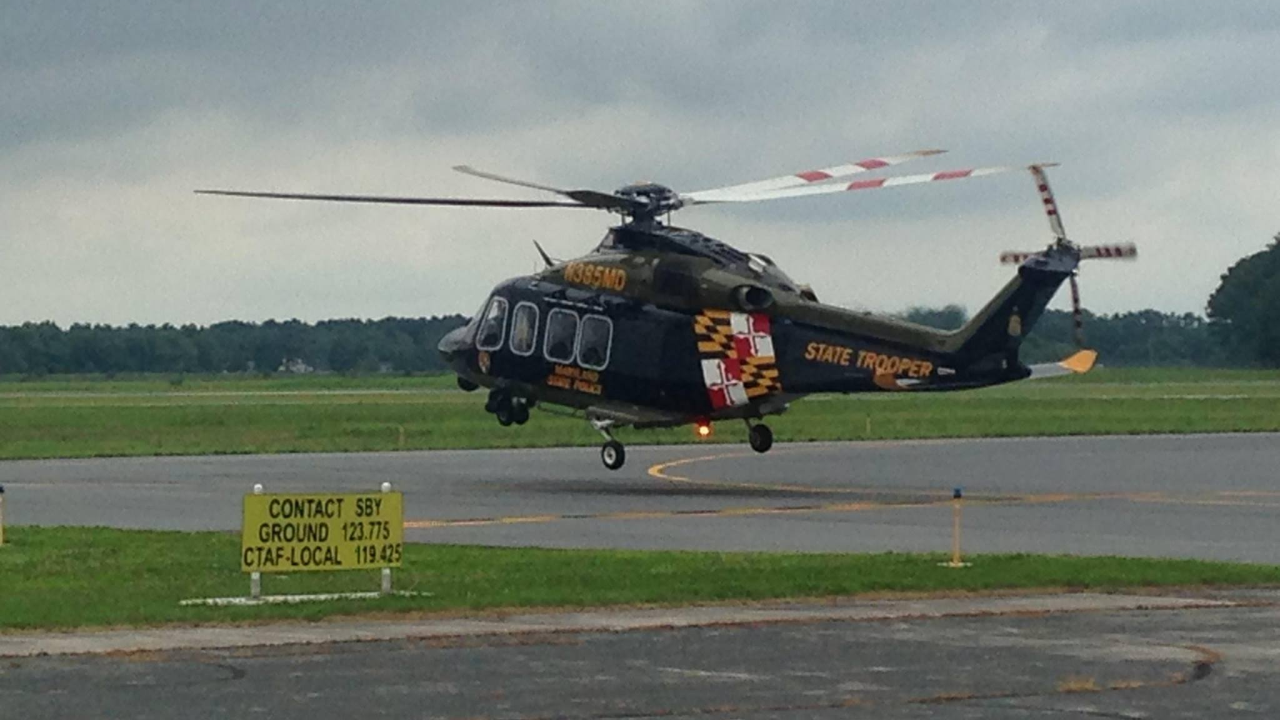 DENTON, Md. – A kayaker was rescued by a Maryland State Police helicopter crew Thursday afternoon after he became stranded in a portion of the Choptank River in Caroline County.

Officials say the crew responded to the area of the 10000 block of River Road shortly before 1:30 p.m. Ground personnel say the man became stranded along the shoreline and was unable to return to the navigable waters of the river. MSP Aviation Command was requested due to the fact that fire company boats could not reach the kayaker, who was reportedly stranded along the shallow, silt-filled area of the Choptank River near Chapel Creek. At the time of the incident, the water temperature of the Choptank River was reported to be approximately 44 degrees Fahrenheit.

Once at the scene, the crew from MSPAC’s AW139 helicopter established communications with ground rescuers who relayed directions to the stranded kayaker. Trooper paramedics lowered an empty rescue basket to the kayaker, who climbed inside the basket, and was safely hoisted 75 to the aircraft. The kayaker was brought back to emergency medical personnel at the river’s edge.

The kayaker was not injured and reportedly refused medical attention.