Seaford mayor responds to lawsuit filed against the city by Del. Attorney General 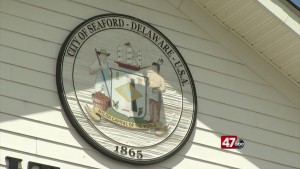 “The ordinance has never been about abortion.”

The ordinance was passed on December 14th, 2021. It would require anyone who has an abortion at an “abortion facility” or miscarriage at a “health care facility” to have the fetal remains interred or cremated at their own expense.

The city and Mayor Genshaw remain on the position that “the ordinance has never been about abortion”. Mayor Genshaw clarified that the ordinance has nothing to do with peoples’ right to get an abortion. “I think the argument is that this is going to somehow limit access to abortion. That, I just disagree with,” he said. “I think a lot of times this is referred to as an abortion ordinance. It has nothing to do with abortion. We recognize that abortion is a legal right and this was stated numerous times publicly. This is about fetal remains and how we handle them.”

Mayor Genshaw says city councilors decided to move forward with the ordinance because it reflects the values of residents. “The way [the remains] are handled is they’re discarded as medical waste. We believe there is a better way, and more dignified way, of handling it. When we found there was a legal pathway to do something like this, and other states are pursuing it, our community asked us to do something, and we did something,” he said.

Seaford City Solicitor Dan Griffith says the council was simply following the footsteps of other areas taking similar action. “There are at least 13 states that require fetal remains to be cremated or buried; and the U.S. Supreme Court has upheld the constitutionality of these laws, saying that the government has a legitimate interest in the disposal of the remains,” he wrote in a statement.

“We have been trying to be good partners with our state.”

Rumblings about a potential lawsuit started around the time the ordinance was passed by city council. Mayor Genshaw says the city has done everything in its power to avoid being taken to court. “I had this ordinance in my hands in the summer, and we paused. I prayed about it before I brought it to the council in the fall,” he said. “We have been trying to be good partners with our state. We have shared where we saw a legal pathway for us to do it and why we were doing it.”

City officials say says council decided to table the ordinance at the state’s request. They add that Griffith provided the legal basis for the city’s authority to enact the ordinance. Plus, the city says it stayed enforcement of the ordinance when House Majority Leader Valerie Longhurst announced she was working with Attorney General Jennings on legislation that would address the issue.

Now that Attorney General Jennings has officially filed the suit, the city says that private donors have agreed to help cover legal fees. “We’ll do what we have to do to defend ourselves. We have an incredible amount of support from our town and from our community,” said Mayor Genshaw. “I don’t see this anything other than doing what’s right by your community that reflects their morals and values.”

Griffith also pointed out that Seaford’s ordinance uses the same language as the laws he says the Supreme Court has already handled. He adds that Seaford has always recognized it cannot enact any ordinance which is contrary to state law, and has repeatedly invited the state to participate in the process. Griffith says those attempts were unsuccessful.

Griffith says he thinks the lawsuit will be dismissed. “The General Assembly can address this issue. It is disappointing that the AG is using our overcrowded court system and taxpayer money to pit governments against each other,” he wrote.

Rehoboth Beach gearing up for visitors to come shop, play, and eat in town this Memorial Day Weekend

Non-profit gets $10K to help roll skate park into Berlin