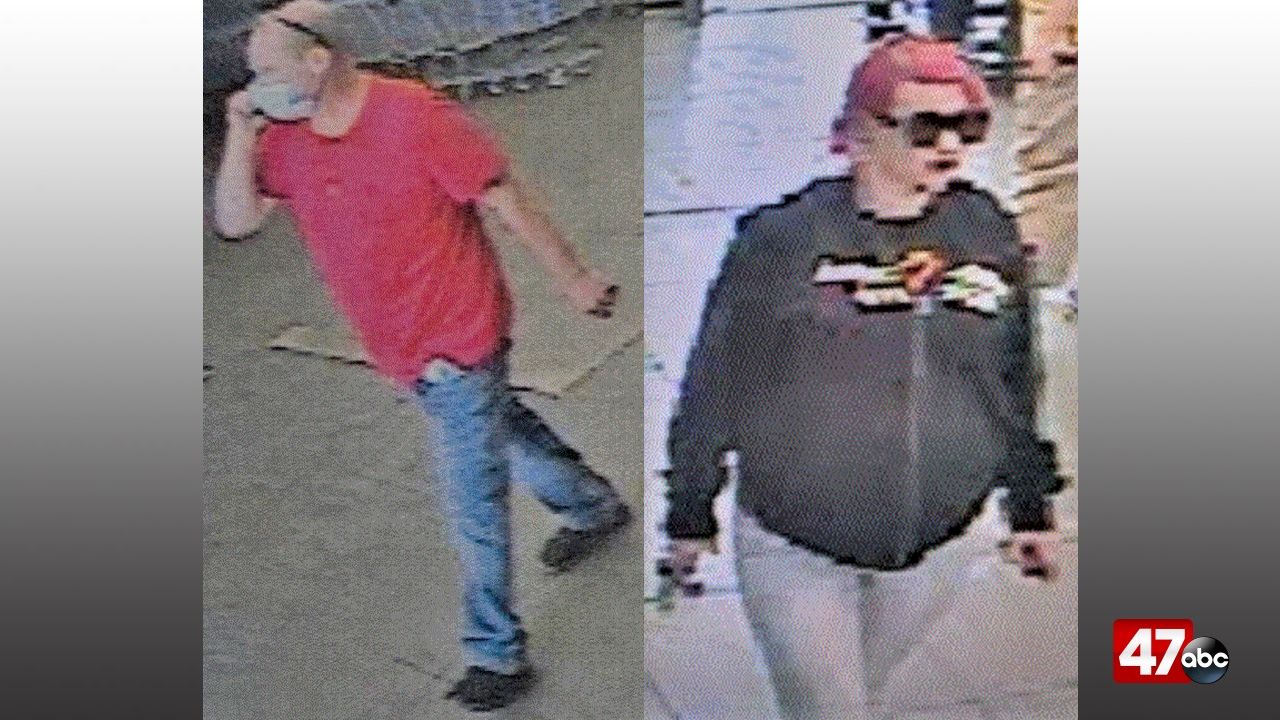 CAMDEN, Del. – Delaware State Police are asking for the public’s help in identifying two people wanted in connection to a residential burglary.

We’re told the incident took place on October 6th, just after 4:30 p.m., at ar residence in the 500 block of Moose Lodge Road. While there, the suspects reportedly stole a 70″ flat screen television and fled the scene in a blue Kia SUV with New Jersey registration ZGW18X.

The second suspect is described as a woman, approximately 30 to 40 years old, with red/pink hair, average build, and is possibly pregnant. She was wearing a black zip-up hooded sweatshirt and light colored pants.

Anyone with information on the identity of these individuals or this incident is asked to contact Detective Jason Sydnor at 302-698-8426 or email jason.sydnor@delaware.gov.