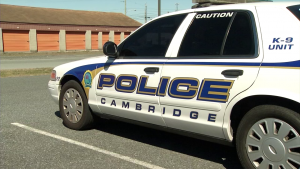 CAMBRIDGE, Md. – Police are still investigating a shooting that left a 17-year-old boy, fighting for his life and a 14-year-old injured.

Police say the teenager is currently still in critical condition, and he will have a long road to recovery. Detectives say they currently have a few persons of interest, but are unable to release any names at this time as it could interfere with the ongoing investigation.

They tell 47 ABC, as we head into the heart of summer, crime rates have the potential to climb. Police encourage anyone with information to reach out, because any tip could be one step closer to finding the suspect. They say they want safer neighborhoods for their residents. “It’s their community we’re serving them and we want to help them get rid of these people and put them where they belong. Nobody deserves to live in a community people are constantly shooting and causing crimes, it’s just uncalled for,” says Cambridge Police Operations Captain, Justin Todd.