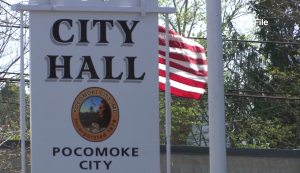 The Council previously opted to wait to certify Nock’s re-election after his eligibility status was called into question. During the election process, questions were raised about both Nock and his opponent, Keri Ann Byrd Foster’s, residencies. Both had allegations made against them that they did not actually live in the district.

Community members march for peace and justice for their city

One dead after being shot inside barber shop