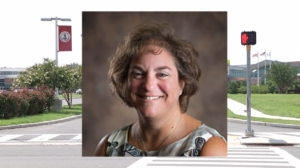 SALISBURY, Md. – In Wicomico County, a former high school principal’s court case seems to have come to a close.

Amy Eskridge, former principal of James M. Bennett High School in Salisbury, was facing charges for allegedly failing to report abuse and neglect. The charges stemmed from the case involving Allen Mitchell, a former guidance counselor who pleaded guilty to sex abuse of a minor and child pornography.

Eskridge was supposed to begin a trial this week, but according to court documents, her case was placed on a stet docket. That means the case is now inactive.

In an e-mail, Wicomico States Attorney Jamie Dykes said quote, “after a review of the evidence and in consultation with witnesses, Ms. Eskridge’s matter was placed on an inactive docket.”

The State’s attorneys office would not offer any additional details on the case.

Being placed on the stet docket does not mean the charges can not be prosecuted at a later date, but there is no indication that that will happen.

Former Vice Principal Kimandi Binns was also charged with failure to report abuse, but was found not guilty in October 2020.