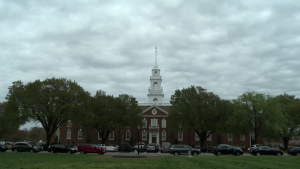 DELAWARE – House Bill 195 proposes body camera’s for police, in the state of Delaware. As of Wednesday, May 12, the bill has been reported out of committee. Now committee members say, this has a good chance of passing, with a few adjustments.

This Act requires police officers and some employees of the Department of Correction and Department of Services for Children, Youth, and Their Families to wear a body worn camera. The committee was focused on adding more public members to the police council.

The other major issues addressed in the committee, was who would be viewing the footage once recorded from the body cam footage. They say it’s important to make amendments to make sure the bill has the best potential of passing, so it better serves law enforcement and the community. Delaware Representative, Ruth Briggs-King says, “The main thing is to ensure the process of looking at, who’s going to have access to these recordings, how will they be used. That’s where some of those issues and questions were, so that’s where we look for those amendments to come forward.”

Rep Briggs-King also adds, she believes the bill will be ready to be reviewed again in the beginning of June after changes are made.