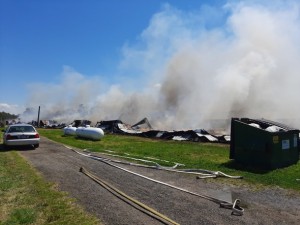 CRISFIELD, Md. – Approximately 27,000 chickens died on Sunday after a fire broke out in a poultry house.

Fire officials say just before 10:00 in the morning, they responded to Freedomtown Road for reports of that fire. We’re told there were no smoke alarms present, and it took 40 firefighters over two hours to get that fire under control.

Total loss is estimated at around $50,000. While no person was injured in the fire, officials say about 27,000 chickens died.

The cause of the fire remains under investigation, but we’re told a propane heating system cannot be ruled out as the cause of that fire.